During the last 3 years several local primary schools have taken the initiative to conduct golf sessions as part of their school PE program. The schools are Mt Burr, Newberry Park, Millicent North and St Anthony’s.  Most activities are conducted on the school oval by school staff and PGA coaches. Ideally the students need time on the golf course and the club should be encouraging this to happen either through school holiday activity days or after school. Naturally a certified supervisor is required to be present at all times for the club to meet its child safe obligations. If you are a parent, grandparent or interested club member who would like to see the club become more engaged with its juniors golfers please consider getting the certificate – its not difficult and its fully funded by Golf Australia. After 6 years as junior liaison person I will not be renewing my certificate next year. Regards Mary Winser 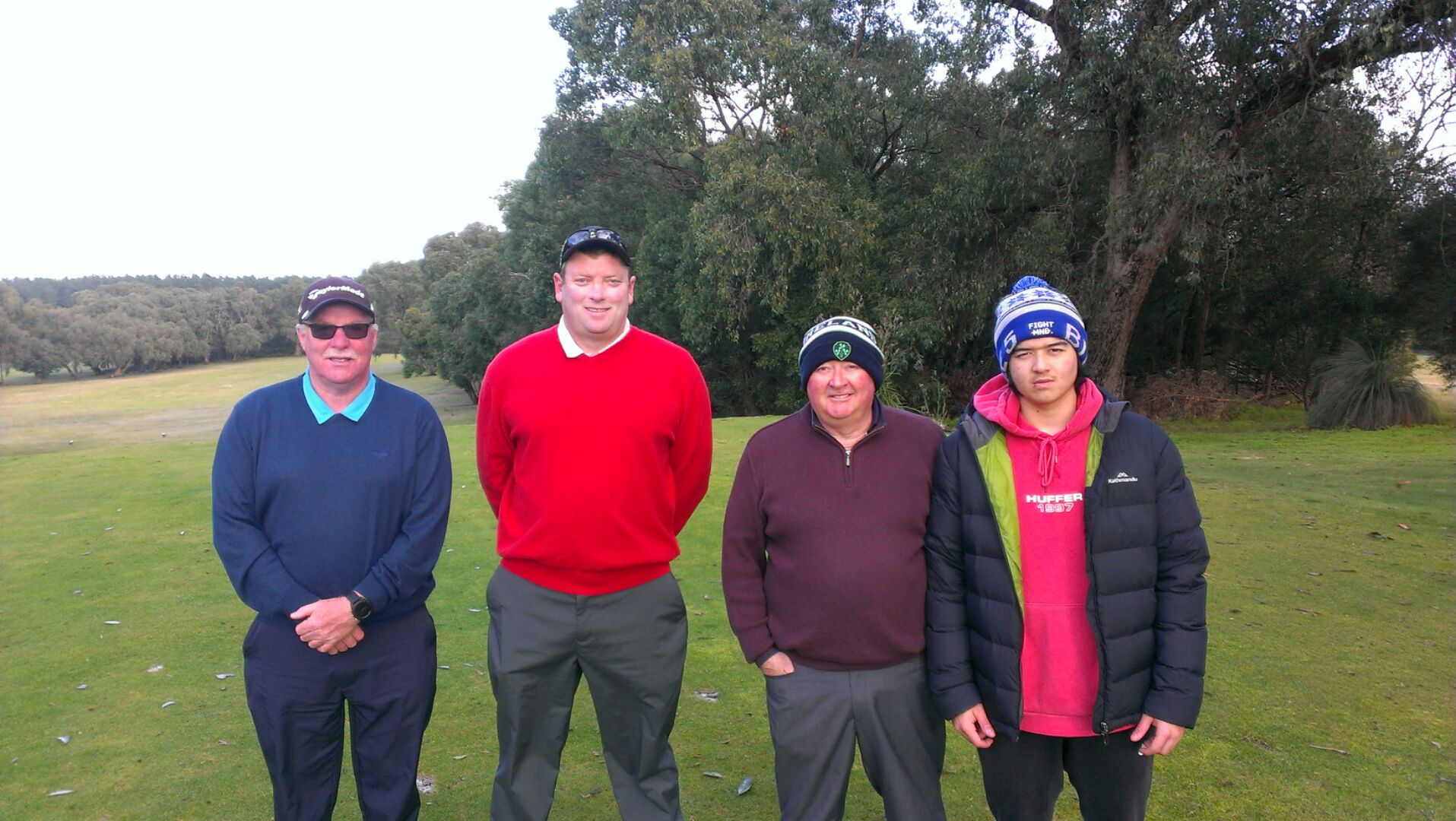 The new Rule Books (effective Jan 1, 2019) have arrived. As you are aware there have been several changes made in an effort to simplify the Rules of Golf for the players.

Click here   to view a summary of the changes.

Championships
On Sunday 19th August, the Semi Finals of the Club and Grade Championships were decided.
In the first match for the Club Championship, Andy Varcoe and Phil Hunter had a closely fought game, with Varcoe taking the honours over Hunter on the 18th hole. In the other match, Ian Greenwood had a convincing win over John Reynolds 5/3.
The Final over 36 holes between Varcoe and Greenwood will commence at 9am next Sunday, with Varcoe being hopeful of taking out successive titles, on the other hand, Greenwood is playing some great golf at the moment and will put up a great fight.
In the B Grade, Paul Whitford had a win over Andrew Ferguson 3/1 and Jamie Bellinger defeated Mark Pilmore 3/2.
The Final over 36 holes next week will see Paul Whitford take on Jamie Bellinger, commencing at 9.15am.
In the C Grade, David Seymour was victorious over Robert Thompson 3/2 and Scott Lonergan had a win over Jamie Allen, also 3/2.
The C Grade Final between Seymour and Lonergan will be played over 18 holes, commencing at 12 noon.
Helen Chilton and Kathy Sporer will head to Kingston on Monday 25th June as representatives of the Millicent Golf Club to compete for the title of Golf SE District Foursomes Champion of Champions.
Helen and Kathy recently contested the Shylie Rymill Foursomes at Millicent and after returning the best score of the day, an 89 of off the stick, they earned the right to represent Millicent.
Good luck to Helen and Kathy, hopefully we’ll see the silverware at Millicent next week.

Junior golfers are the future volunteers and committee personnel for our club. Last term Golf SA visited three of our local schools and conducted clinics with the year 5, 6 and 7 groups. The kids really enjoyed it and they want more. Even the school staff want more.

Conducting activities with the schools is a great way for the golf club to raise its profile in the community and encourage whole families to participate if they want to. Conducting a 3-4 one hour per week golf program as part of the schools PE sessions plus a visit to the golf course is the best way to get the kids involved and is exactly what will be happening at Mt Burr PS in May 2018. Other larger schools have not yet been approached because of the lack of club volunteers to help which is a shame because there are naturally a lot more kids at those schools.

We have a Volunteer Community Instructor willing to run the coaching clinics but the instructor needs helpers. If you are interested in being a helper/supervisor you will need to do the “Working with Children” certificate. Its all done online and when you have completed it you will be reimbursed by Golf SE. Contact Mary Winser for more information Mob: 0438 057 435.

FREE Golf Introductory Session for Newcomers to Golf
Men, Women, Boys and Girls
All Welcome
at Millicent Golf Club
Monday 9th April 4pm to 5pm
Conducted by Gavin Fontaine – PGA Member
If you have an interest in Golf, please attend this Free Session
Sponsored by Golf SA
Enquiries and to register:
Mardi Sunderland 0407601718 or Helen Chilton 0435898311

After having a couple of fresh air shots in last weeks monthly medal, everyones favourite greek Poppy Warrenopollis took the advice of his playing partners and visited the local optometrist for some stronger bifocals which has paid immediate dividends for his golf game. Warrenopollis absolutely destroyed a crack field of Thursday golfers winning the 18 hole comp with 41pts. Warrenopollis was heard messaging his son later in the evening declaring “golf is an easy game”. Finishing 2nd in the 18 hole comp was early Thursday morning player Andy Patterson with 40pts who on any other day would’ve won the comp with that score. In 3rd position was Pattersons regular playing partner Keith Thrussell with a fine 39pts. Nearest to the pin on the 5th was Terry Chant. In Saturday’s stroke round with a field of 25 which the early morning golfers got still conditions and the arvo golfers got cyclonic winds to deal with it was 6am golfer Alan Schultz with the round of the day with a net 68 to win both the day and the A grade. Some members in the club are wondering how such a wonderful golfer can have a handicap of 11? In 2nd place in the A grade was one of the golf clubs longest serving president Owen Merrett with a net 71. Firing up In 3rd place was Trophy Hunter who played to his handicap with a net 72. The winner of the B Grade and getting rolled in a countback for winning the day was Brian Thomson who is getting all the good karma for what he does around the course with a net 68. Finishing 2nd was the clubs most consistent player of late in a countback Herman Vanderhuel with a net 71 with the scribe finishing 3rd also with a net 71. Nearest to the pins for the day were Owen Merrett on the 3rd, Trophy Hunter had the closest shot on 5th, no one was good enough to hit the shortest hole on the course the 13th and regular pin seeker Trevor Atkinson hitting the longest par 3 on the course the 17th. Nearest for 2 on the 9th was The Scribe and no one in the A grade able to hit the 18th for 2.